The Clinical History of the Alpha-Stim® Waveform Technology

Alpha-Stim® technology is based on the groundbreaking work of Dr. Daniel L. Kirsch, a visionary who blazed a trail to a much safer model of medicine, based on what the body actually is: a complex series of electrical impulses controlling all physiological functions.

In the 1970s, Dr. Kirsch began a medical odyssey that led to developing Alpha-Stim’s electrical waveform technology, which produces healing effects by activating key nerve centers at the brainstem. He began his journey by studying the neuroendocrine mechanisms of acupuncture and electroacupuncture with colleague
Edmund Chen, MD.

In a series of brilliant intuitive leaps, Dr. Kirsch moved on from acupuncture and began using minute electrical currents, experimenting with electrical waveforms to treat chronic pain. During this time, he realized that he could also use a small electrical current spike to penetrate the skin without needles, allowing the effective use of microcurrents too small to be used previously.

He began combining waveforms to activate the body’s natural electrical impulses. Manipulated in precise ways, these waveforms could control not only chronic pain, but also anxiety, depression, and insomnia. In 1981, Dr. Kirsch’s years of painstaking research and experimentation paid off for medical practitioners and patients worldwide, when he unveiled his perfected waveform technology, featured in the Alpha-Stim 2000, a large clinical pain relief device.

Read the article Shocking Medical Devices From Another Century from Wired Magazine.

He followed up with the Alpha-Stim 350, the world’s first home care microstimulator. Improvements in microcircuitry eventually led to the 2012 release of the 8th generation Alpha-Stim M and AID pain relief devices, which use the same waveform technology of earlier models, and achieve similarly impressive clinical outcomes for hundreds of thousands of healthcare practitioners and patients around the world—delivering effective acute, chronic, and post-traumatic pain control, and effective management of anxiety, depression, and insomnia.

The exact mechanism by which Alpha-Stim produces effects is not fully known. However, based on previous and ongoing studies, it appears that the Alpha-Stim microcurrent waveform activates particular groups of nerve cells that are located at the brainstem. These groups of nerve cells produce the chemicals serotonin and acetylcholine which can affect the chemical activity of nerve cells that are both nearby and at more distant sites in the nervous system. In fact, these cells are situated to control the activity of nerve pathways that run up into the brain and that course down into the spinal cord. By changing the electrical and chemical activity of certain nerve cells in the brainstem, Alpha-Stim appears to amplify activity in some neurological systems, and diminish activity in others. This neurological ‘fine tuning’ is called modulation, and occurs either as a result of, or together with the production of a certain type of electrical activity pattern in the brain known as an alpha state which can be measured on electroencephalogram (EEG) recordings. Such alpha rhythms are accompanied by feelings of calmness, relaxation, and increased mental focus. The neurological mechanisms that are occurring during the alpha state appear to decrease stress-effects, reduce agitation, stabilize mood, and regulate both sensations and perceptions of particular types of pain.

These effects can be produced after a single treatment, and repeated treatments have been shown to increase the relative strength and duration of these effects. In some cases, effects have been stable and permanent, suggesting that the electrical and chemical changes evoked by Alpha-Stim have led to a durable re-tuning back to normal function. EPI is dedicated to continued research into the mechanisms and effects through which Alpha-Stim can be beneficial to patients with pain and insomnia. 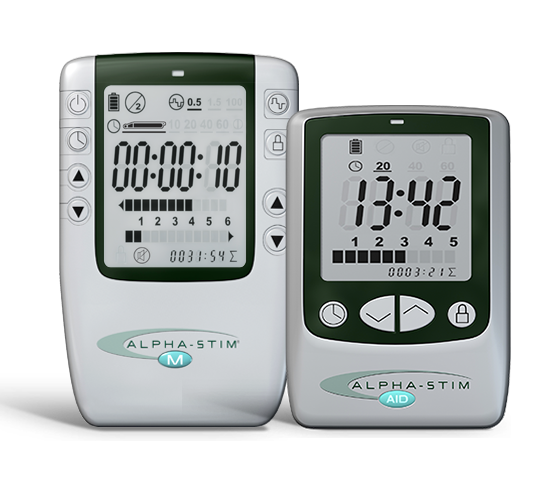 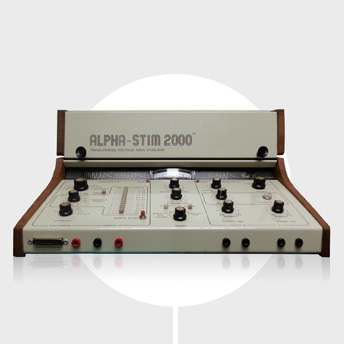 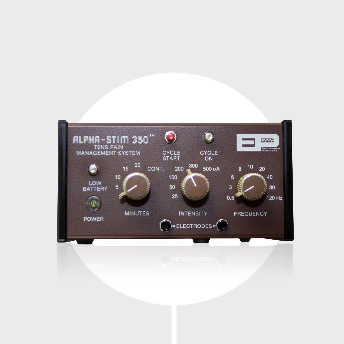 1982
Alpha-Stim 350 was introduced as the first home care microcurrent stimulator for pain relief. 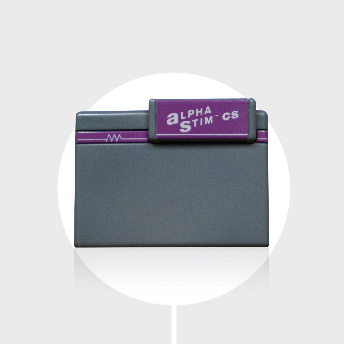 1989
The next generation, and first truly portable home unit, Alpha-Stim CS was launched. 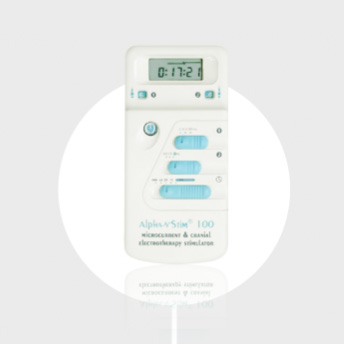 1992
The more streamlined Alpha-Stim 100 became available for both pain and insomnia. 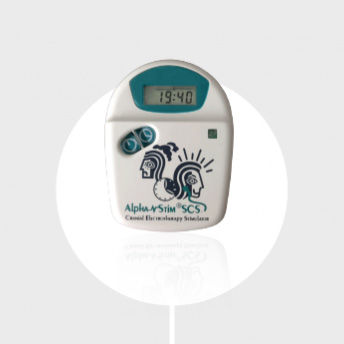 1997
The Alpha-Stim SCS was introduced worldwide to treat insomnia. 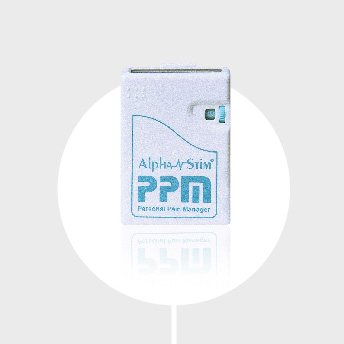 2003
The Alpha-Stim PPM was launched for personal chronic pain managment. 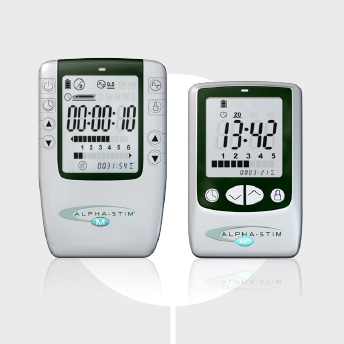 2012
The highly effective Alpha-Stim M and Alpha-Stim AID became available and have been helping patients find sustainable relief to this day.

1. Amplifies some neurological system activity and deactivates others in a fine-tuning process called neuromodulation

2. Neuromodulation either results from, or occurs with, alpha states in the brain that are measurable on an EEG

QEEG changes in 30 subjects treated with 20 minutes of CES. Blue = decrease Red = increase There is an increase in alpha activity with a simultaneous decrease in beta and delta2

Your cart is currently empty.